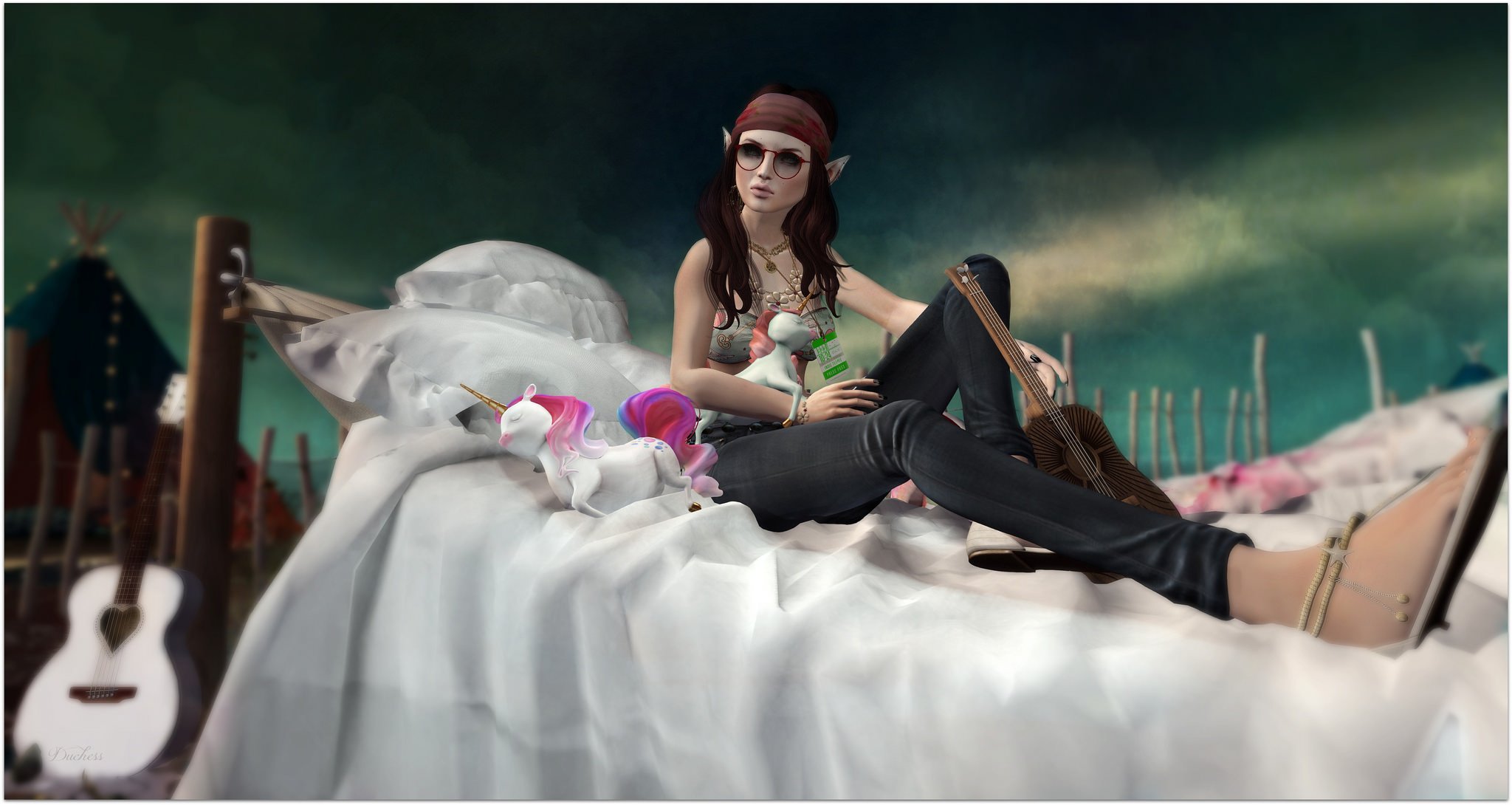 My first Grateful Dead show was at Madison Square Garden in NYC…. (we’ll just say…. A long time ago.) My friend Rayne and I were not big Dead fans, but after scoring “miracles” we ventured into the arena. I don’t think anyone could have prepared us for our first Dead experience. We were mesmerized by the music and entranced by the family… we were hooked. While we did not rack up mad numbers of dead shows like most die-hard fans, we did follow the Dead across the country to California and caught about a dozen shows or more (after all if you can remember the number of shows you’ve attended, you were not enjoying yourself! lol.) The parking lots became our home away from home and the Deadheads our family. We met Jerry Garcia late one night in the parking lot at a show outside Washington, DC. and later after starting a music venue in RL, I met the remainder of the band. It was like meeting magic .. or coming face to face with a dream. Throughout our travels we would hear rumors of the band breaking up, or of members dying….. in fact, when Jerry Garcia died in 1995 I had a hard time believing it was true…. It was.

This week marked the 50th Anniversary of the Grateful Dead. If you had not heard, records were broken for the largest crowds in concert history attending the “Fare Thee Well: Celebrating 50 Years of Grateful Dead” run. The July 4th show included a light show on the Empire State Building. How freaking cool is that…. I put the video below. Unfortunately I did not attend any of the shows and celebrated from where the four winds blew me.

So you may be wondering what all this has to do with Second Life! My walk down memory lane was aided by the VIP pack from Indie TeePee. Indie TeePee is an annual music and art festival created for Second Life by residents who are inspired by the music festivals in our real world. Your ears will be delighted no matter your preference of music genre as rock, indie, hip hop, electronic dance and live performances are all scheduled for your pleasure. The event officially starts on the 10th of July…. But get this….. You can get your parking lot memories on in a completely lag free environment by purchasing a “Special Pass” (800L) While the pass is not a miracle….. it does come with some spiffy exclusive items!

Visit Indie TeePee’s website for more information.
Fare the Well Jerry…. Fare the Well….. and much thanks to the Grateful Dead for the memories! Go rest guys, you deserve it!

The best way to make your dreams to come true is to wake up….