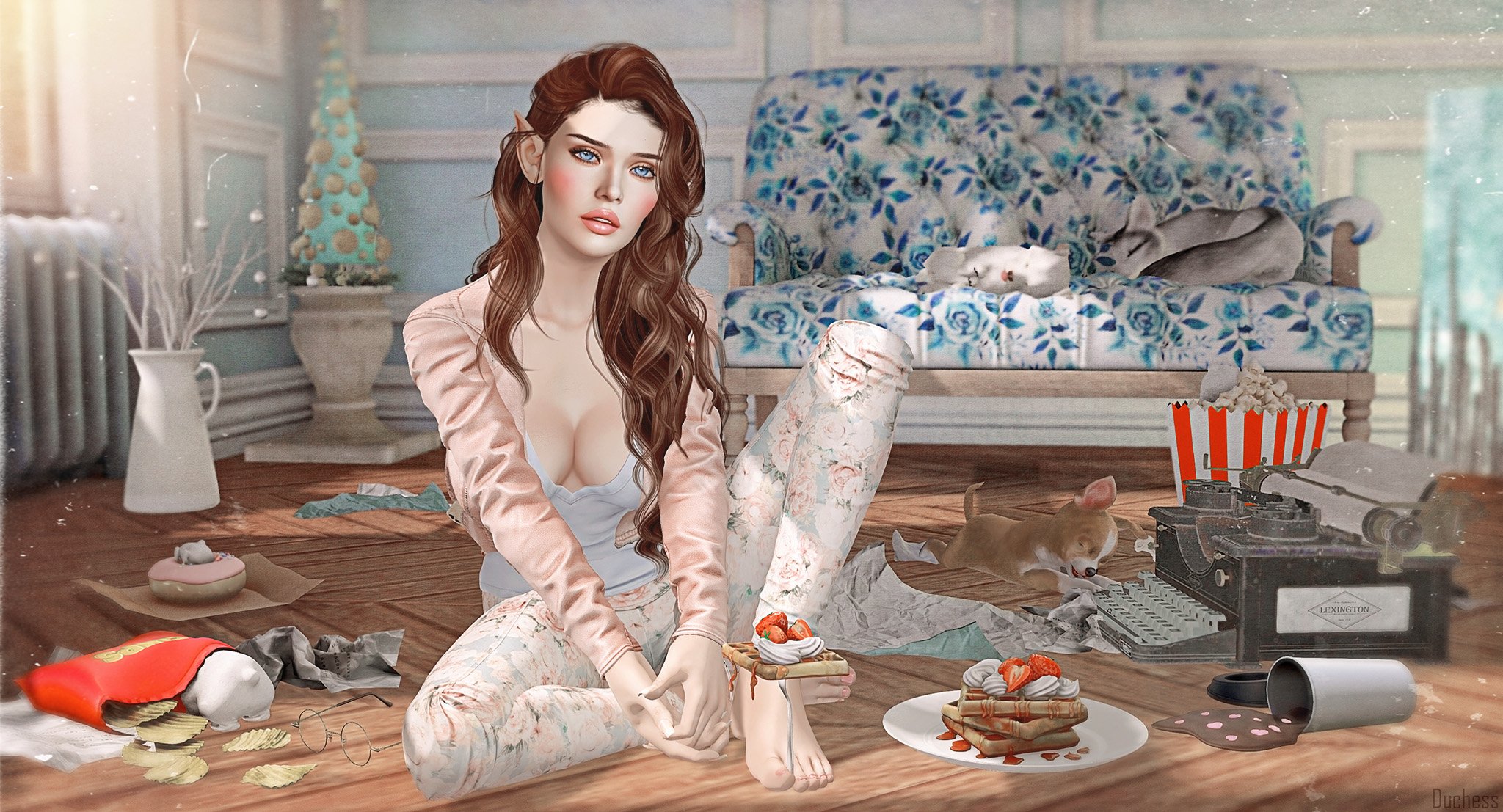 So the new Evolution Line by Lelutka has hit the grid and I fell in love with Nova 1.0 the second I put it on! The first two “Evolution” heads will be released today for the introductory price of L$ 3700 and will become full price on January 20th, 2020. After this 2-week period, the price will be the standard Lelutka price of L$ 5000. I love the new animations and the shape of the heads. The head has a more realistic feeling to it and the HD makeups look incredible. The absolute best part is they are now BOM ready and for anyone who does not get what the hoopla is about BOM, now is the perfect opportunity to find out why. Glam Affair Universal System Layers have been released that are made to perfectly match and to apply only the face and make up areas of a Glam Affair release, or even other skins. The ability to add many layers gives you incredible control over how unique your make your avie…. and I just love that! Glam Affair has 5 new skins designed to work flawlessly with both new heads. They are: Nicole, Ary, Blake, Anoki and Xia (I am wearing Xia) Each skin comes in all 12 tones and BOM layers are included!!!

Anyway lets get down to business….

So, what do you get with the new HUD/Head?

HUD interface has been fully remastered with not only the UI but scripts as well.

HEAD:
Heads are 100% Bakes on Mesh ready and intended to be used as such, however, old SKIN, EYES and LASHES appliers can also be used.

Old makeup appliers/layers have been replaced with HD LIP and HD EYESHADOW layers and old appliers will not work on them.
Skins, Lashes and Eyes have remained Omega Appliers compatible.
Multiple MATERIAL options have been added to the Head both in softer (feather indicator)
and stronger detail as well as young/mature versions.
Shininess sliders have been elaborated to include both intensity and glossiness which, now can be edited separately.
Environment Slider has been added as well as Full bright and Glow slider in pop up tint panel.

LASHES:
12 lashes included, with the ability to mix and match the top and bottom layers to get that unique look.
Masking layer has also been added for a thicker effect as well as the instances when hair covers the lashes and alpha glitch „eats them“.
Lashes can also be hidden fully or partially, top or bottom lashes in the „Genetics“ tab.

EYES:
12 eye colors included, with the ability to mix and match the left and right eye tone.
Like on the Head, eyes can be switched to Bakes on Mesh Mode.
In „Genetics“ tab one can additionally adjust the eyes by making the iris larger or smaller as well as offsetting it up/down and to both sides.
In this same tab, Lacrimal Caruncle can be hidden as well as colored in 5 different tones.

MOUTH:
Teeth have been fully remastered. 9 different color/shading options for your teeth included in
5 anatomical variations which are available in the „Genetics“ tab.
Along with remastered Gems and Braces, Tongue and Lip piercings have also been included.

ANIMATIONS:
New Head comes with an improved rigg so that there are more options for the shape sliders.
All animations are new and designed specifically for the “Evolution” line of heads. Injectors have been removed from this system.
23 new moods have been included. One can still have multiple moods selected at one time and the HUD will shuffle through them.
Eye/Lid section has been remastered to have both eyelids and eyes animated for a more realistic effect. 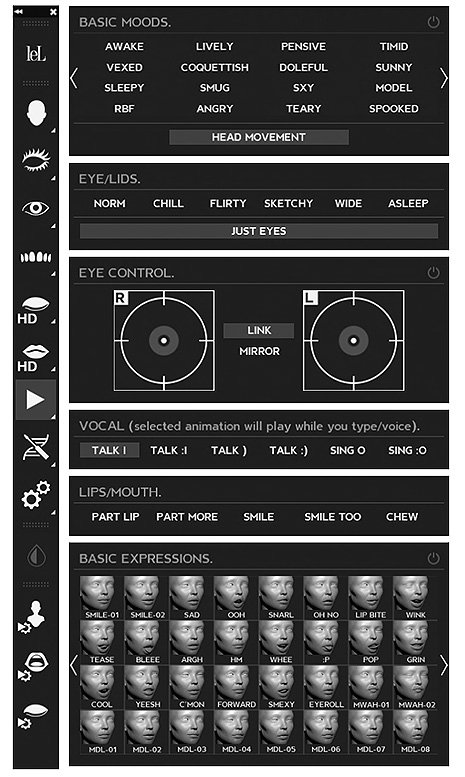 Just eyes option which can be turned off prevents default SL eye animation to take over the eyes and result in „serial killer” effect on the head.
Eye control remains the same.
Vocal section defines which animation will play while you type or voice.
One needs to activate all 3 voice gestures from the inventory in order to have voice/lip sync.
Talking animations have been replaced with new ones. Each vocal animation comes in 2 variations,
one which just the lips and the other with the whole face affected.
38 new expressions have been included with matching gestures in a separate pack in the content folder.

Since the content is Bakes on Mesh ready, „Glam Affair” appliers will no longer be included. Instead however, each head will have its own
LeLUTKA FACE TATTOO LAYER in 4 tones.
Face Tattoo does not include the brows, those are on their own system tattoo layer also available in 4 tones.

TESTING TAB is no longer a part of the main HUD UI, it is available as a separate HUD now.

Each head will also include 1 starter shape.

OUTFIT: Dynamite Set {Jacket with Pockets/Leggings on Steroids} by Blueberry ~ NEW in MainStore (Mega Pack 50% OFF for 1 WEEK ONLY!)
HAIR: Mecca by DOUX ~ Available for 40% off at Shop and Hop
HEAD: Nova Head 1.0 by Lelutka ~ NEW ~ in Mainstore
SKIN: Xia Layer [Lelutka] 002 D by Glam Affair ~ NEW ~ in MainStore
EYES: AG. Comet Eyes Gacha – Genus – 02 RARE ~ Available at the Epiphany {December 15}
BLUSH: Marie Blush 12 by Zibska ~ Available at The Liaison Collaborative {Jan 3 to Jan 26}
POSE: Writer’s Block Wasted Syllables {pose & papers} and typewriter from another pose in set by Le Poppycock. ~ Available at The Liaison Collaborative {Jan 3 to Jan 26}

Every letter I draw…. is placed with unwavering love