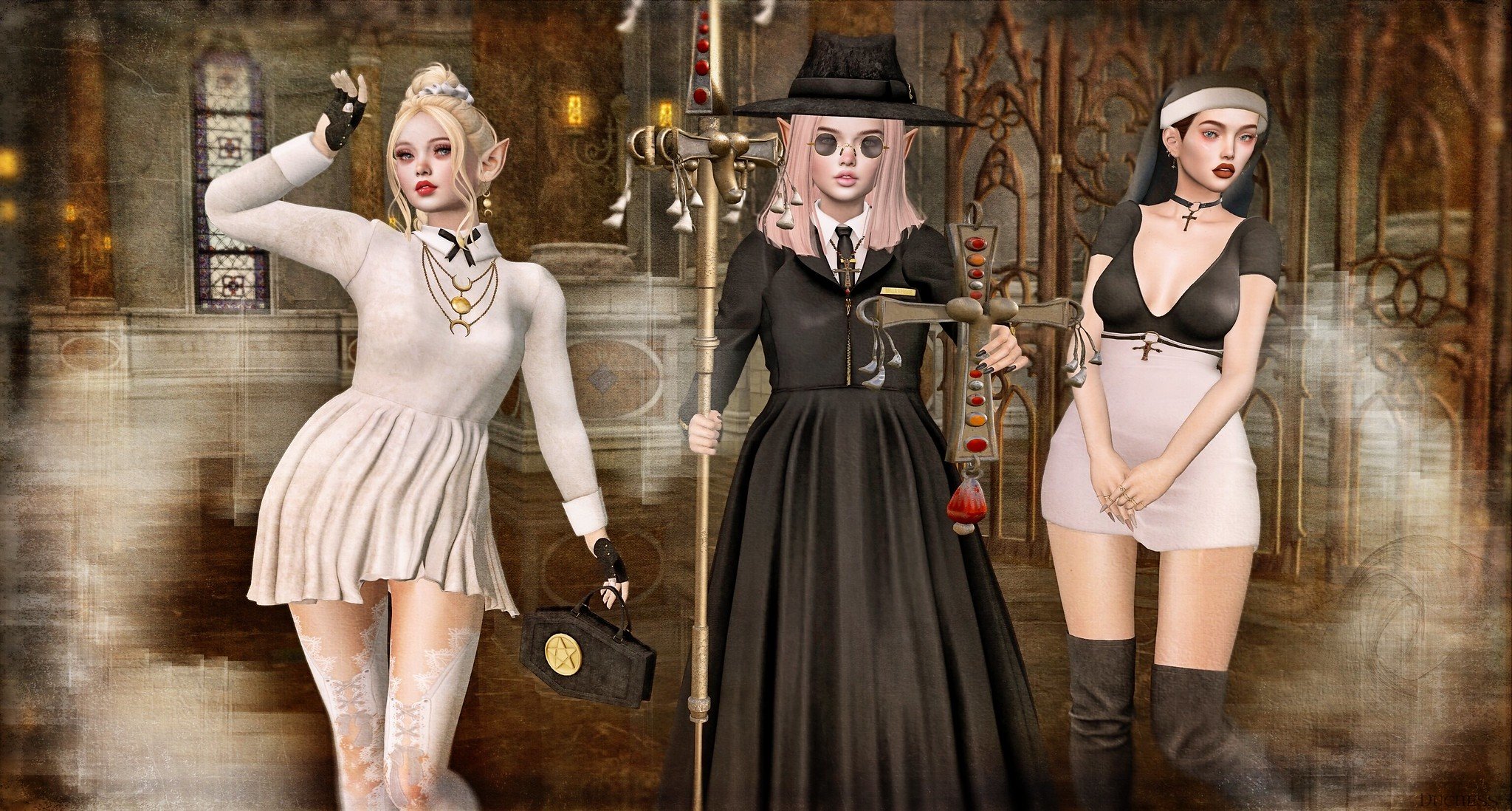 The Epiphany has opened its doors and I wanted to show off this awesome set by Belle Epoque called The Darkest Nights. I can’t help but think that this outfit was inspired after a book or a movie, but I can’t quite put my finger on exactly what, if anything. So we decided to create a trio of exorcist superheros; Kynne as the fearless leader, me as the goofy sidekick and Sorchiee, wearing UNA’s Sister outfit from Kinky, as our guiding light. We are in The Looking Glass’s beautiful basilica and as Notre Dame burned in real time, our story unfolded with tears in our eyes and hope for a quick end to the fires. So while an image of exorcists is prolly not a great tribute to the Cathedral… it was on our minds and heavy hearts.