Dim vales—and shadowy floods— And cloudy-looking woods, Whose forms we can’t discover For the tears that drip all over: Huge 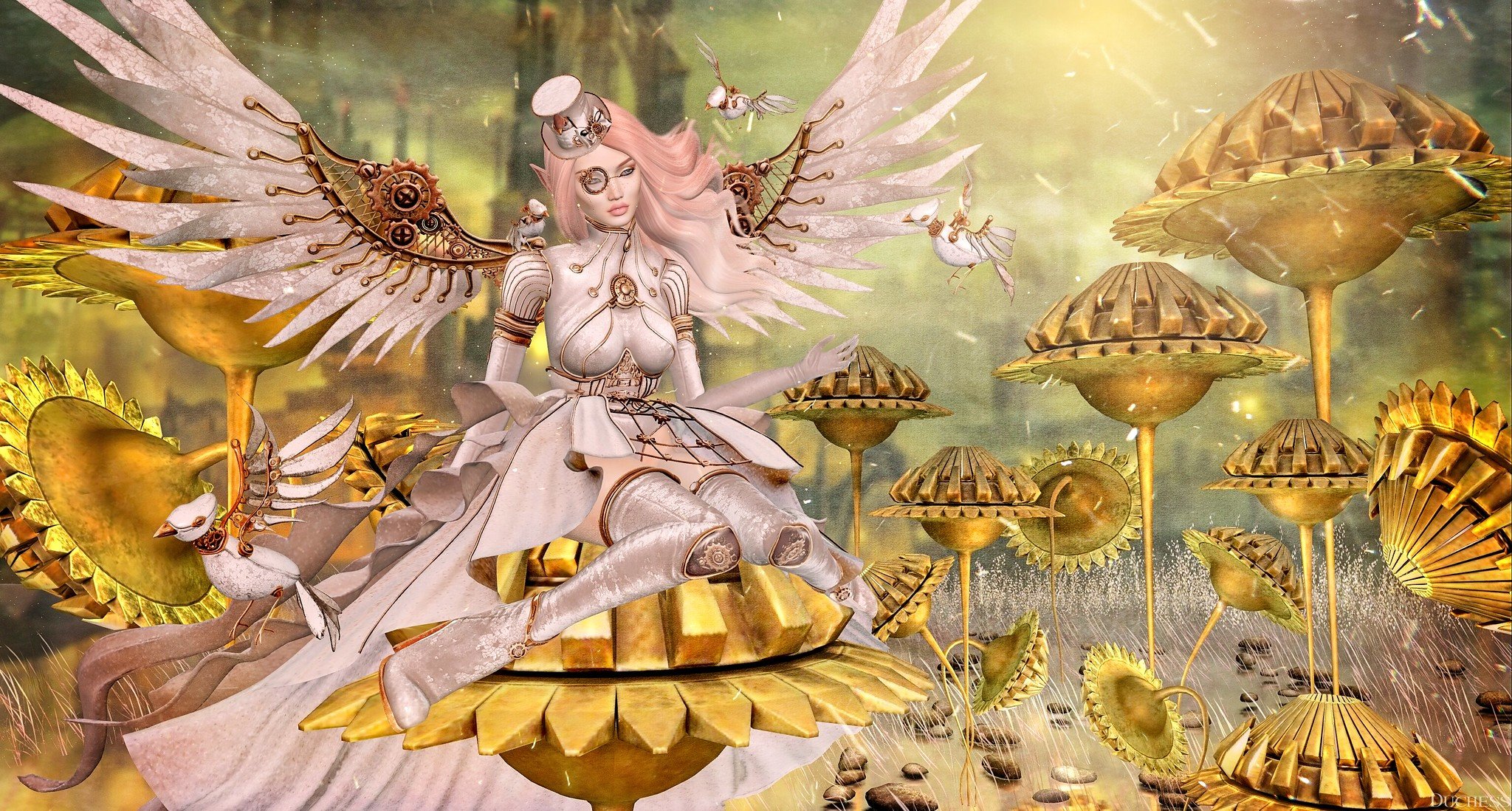 Dim vales—and shadowy floods—
And cloudy-looking woods,
Whose forms we can’t discover
For the tears that drip all over:
Huge moons there wax and wane—
Again—again—again—
Every moment of the night—
Forever changing places—
And they put out the star-light
With the breath from their pale faces.
About twelve by the moon-dial,
One more filmy than the rest
(A kind which, upon trial,
They have found to be the best)
Comes down—still down—and down
With its centre on the crown
Of a mountain’s eminence,
While its wide circumference
In easy drapery falls
Over hamlets, over halls,
Wherever they may be—
O’er the strange woods—o’er the sea—
Over spirits on the wing—
Over every drowsy thing—
And buries them up quite
In a labyrinth of light—
And then, how, deep! —O, deep,
Is the passion of their sleep.
In the morning they arise,
And their moony covering
Is soaring in the skies,
With the tempests as they toss,
Like—almost any thing—
Or a yellow Albatross.
They use that moon no more
For the same end as before,
Videlicet, a tent—
Which I think extravagant:
Its atomies, however,
Into a shower dissever,
Of which those butterflies
Of Earth, who seek the skies,
And so come down again
(Never-contented things!)
Have brought a specimen
Upon their quivering wings.
~ Poe