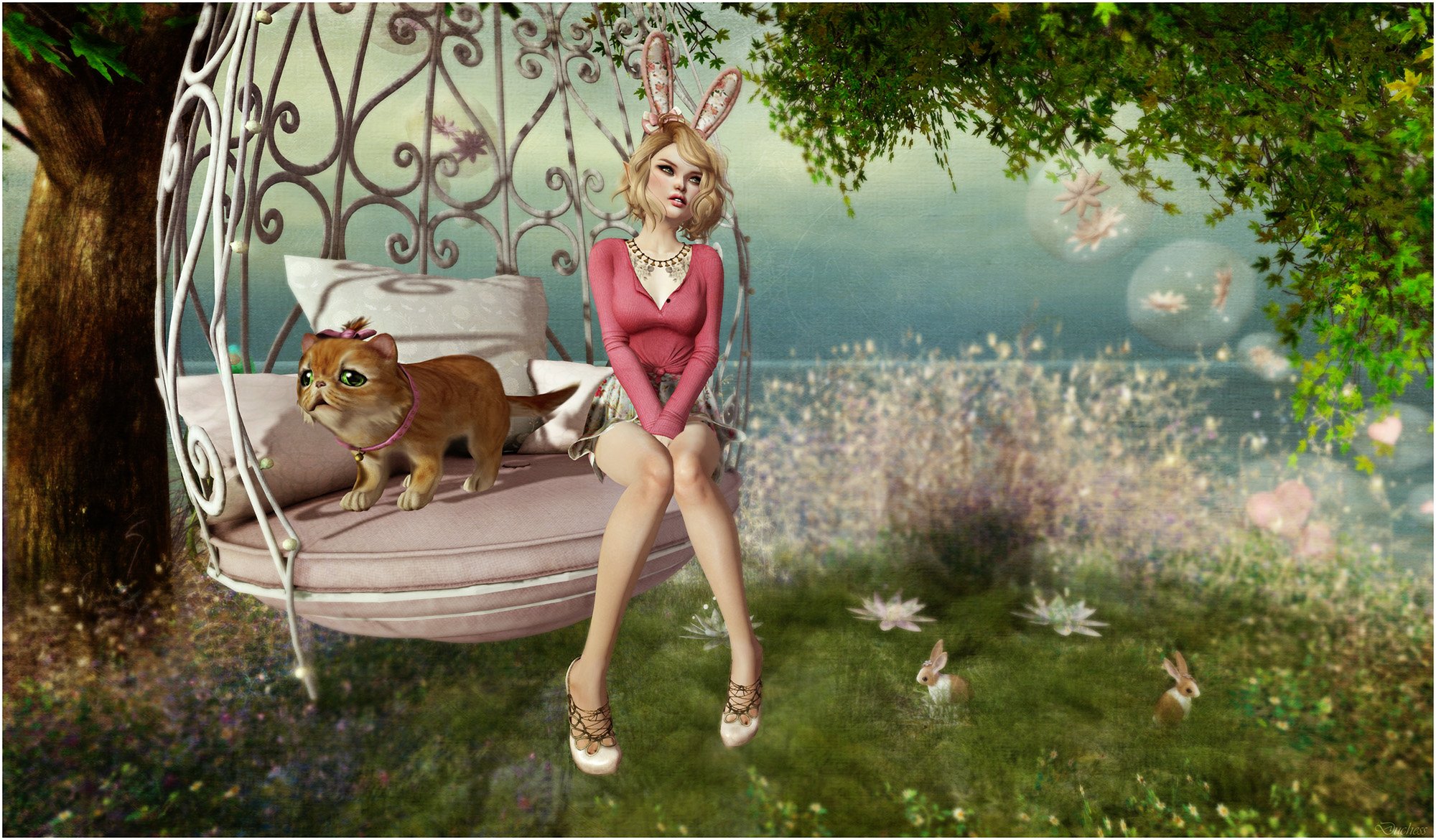 I love those old vintage photos of cheeky models that used to run with ads long ago and I tried to create my version using tones and textures. These spring bunnies are accompanied by Jian’s Floofy Feline who has those eyes reminiscent of Puss in Boots. I cringe to think how much more my cats would be spoiled if they had these ginormous eyes. This adorable skirt by Luas is a steal at 15L and goes great with the shades of pink that Blueberry brings to the grid. And, look at these shoes! Strings and straps…. I may just drop dead right now! They are available today as soon as The Chapter Four opens!