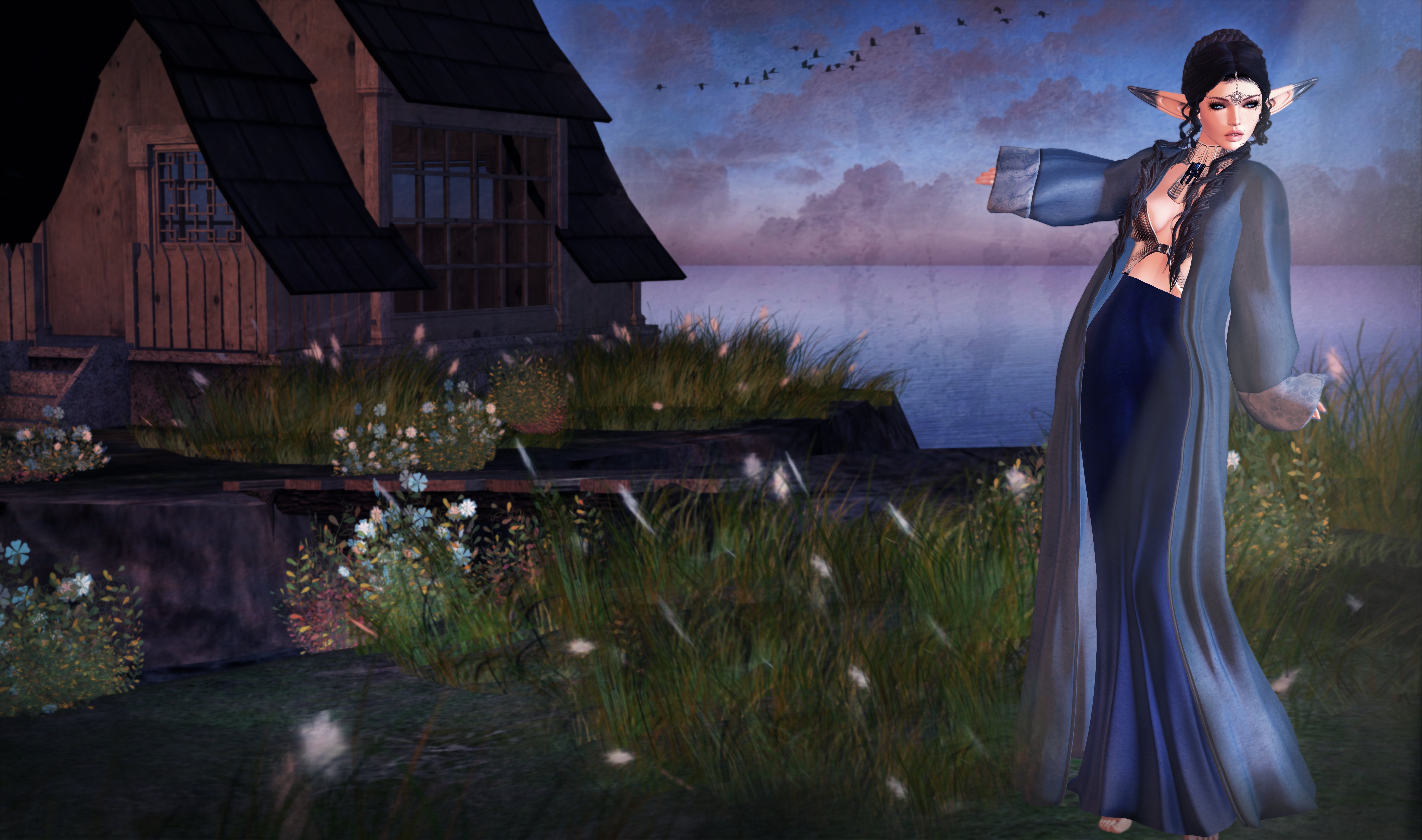 “It was only a day ago that Sorchiee set off on a journey that she knew she may not come back from. She had’nt had any word from Duchess or Kynne but she did receive messages from Tamarind Silverfall and her crew. She had rallied the best of her warriors and had set off along with a few other Ippos Defenders to Alegria’s Bay. She had hoped to rally more, but alas not many had accepted her plea of help. Sorchiee had draped her slender body in a long Royal Blue Robe by PEQE and sturdy Silver Armor by Alegeria. They were items she had on hand immediately from a recent excursion to The Secret Affair. Both items were beautiful beyond words, but it was not their beauty she was after. It was their protection. The woolen robe protected against the harsh wind of Pegasoi and the carefully crafted armor could withstand any arrow. She was grateful for her recent purchases and silently thanked the Goddess for this unexpected protection. She followed the overgrown path into the thick wood. She could scarcely see a foot ahead of her, but now and then she’d find a white ribbon tied to a branch. This was Duchess’s ribbon… She had done her best to mark the trail. After a day of travel she came across an interesting island that seemed to ignore the rules of gravity. It hung suspended in mid air by some sort of enchantment. Upon closer inspection she could see the remnants of a campfire. She sucked in her breath as she got closer… a large gash scared the small wooden home by 22769 Bauwerk available at The Fantasy Collective. Blood trickled down the door and pooled in a shallow ditch that was actually a large beastly footprint. She gasped and pulled her bow and arrow from her back in one smooth motion. “Duchess?! Kynne?!” She called out in terror. “Where are you!?” She screamed…”

*If you’re having trouble following the storyline, lemme know. I’m putting it together in a giant post 😀

Phantom of the Opera