Ride of the NightMare 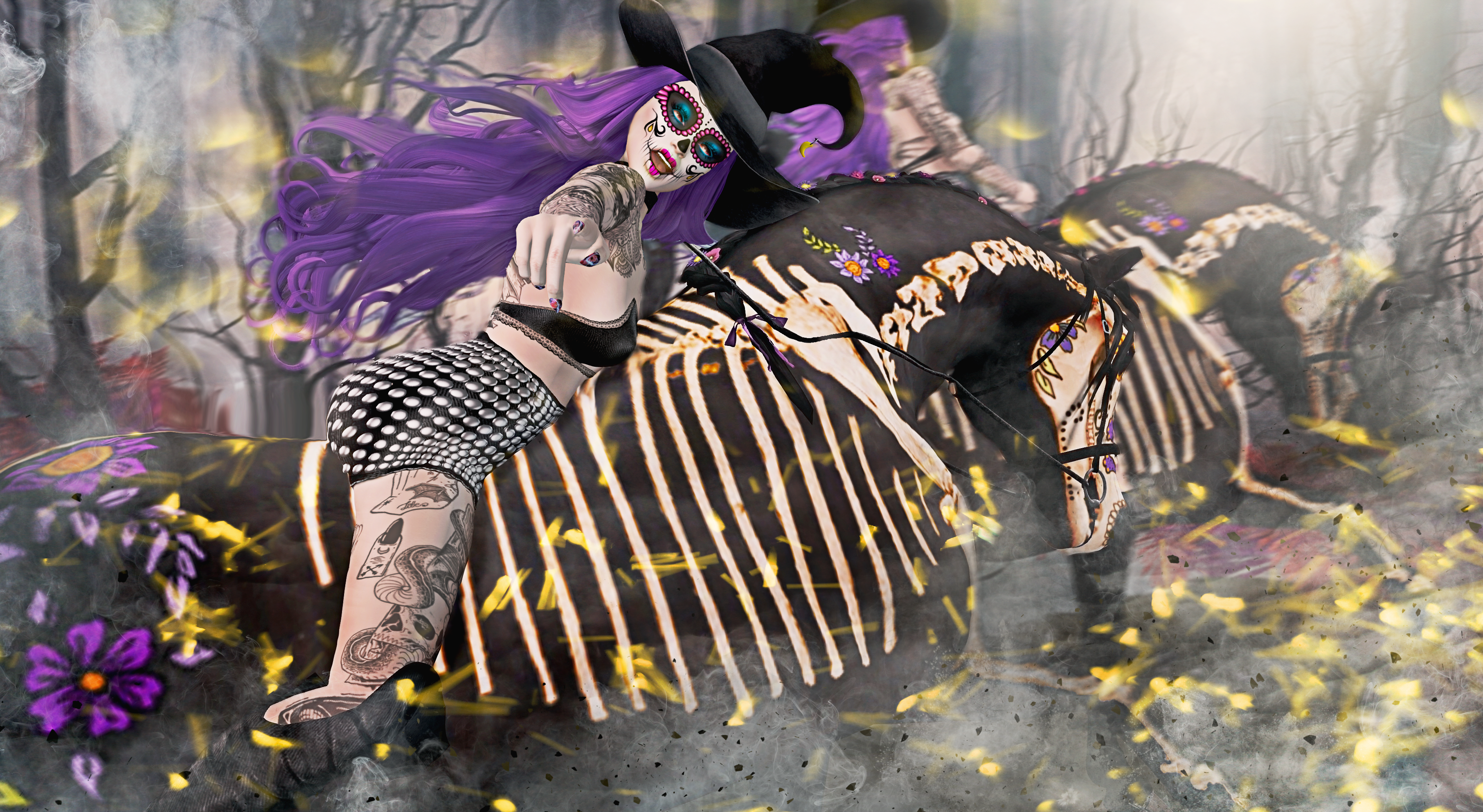 There are so many crazy stories of women who were burned alive after being called out for being a supposed witch. Did you know the last woman who was burned was said to be senile or suffering from a mental illness and was accused of being a witch because her daughter was born with deformed hands? The overtly religious townspeople claimed that the woman, Janet Horne, had turned her daughter into a pony and rode her to Satan to have her shod. I have to ask who the insane people were in this scenario ….and it doesn’t seem to be Janet. These same people believed that witches, called Nightmares, would steal their horses in the middle of the night and take them on wild rides to hell. Why did they think this, you ask? Because upon inspections of their horses in the morning they would notice tangles in their horses manes…… being a horse owner in RL I have to say…. Nightmares must visit my horses frequently….

I’m wearing the new skin from the Dorothy Gacha by Glam Affair that is at the new Halloween Pop-up event by The Arcade. The skins have a number of Halloween makeups and a beautiful selection of naked faces. I do believe this is my most favorite Glam Affair skin to date. Wait until you see some of the skins from this set that I have used. They are magnificent. Go play this gacha… you will thank me later! Pair your Halloween makeups with Tableau Vivant’s Witch Away gacha that is also at The Arcade. I think the absolute coolest thing about this gacha is that the hairs are easy to win as they are commons, and the rare is a hat you can wear with other hairs.

Promagic’s Iri outfit that is at Kinky was probably not designed to be witch’s garb, but I thought it looked spectacular on my NightMare! The silver bubbles are the shorts glisten with materials and the tiny top is lined with perfectly seamed lace. Grab a pair of eyes from A.D.D Andel at We Love roleplay and nails from ERSCH at Dark Style, decorate your horse…. and then ride into the night like a wild banshee…..