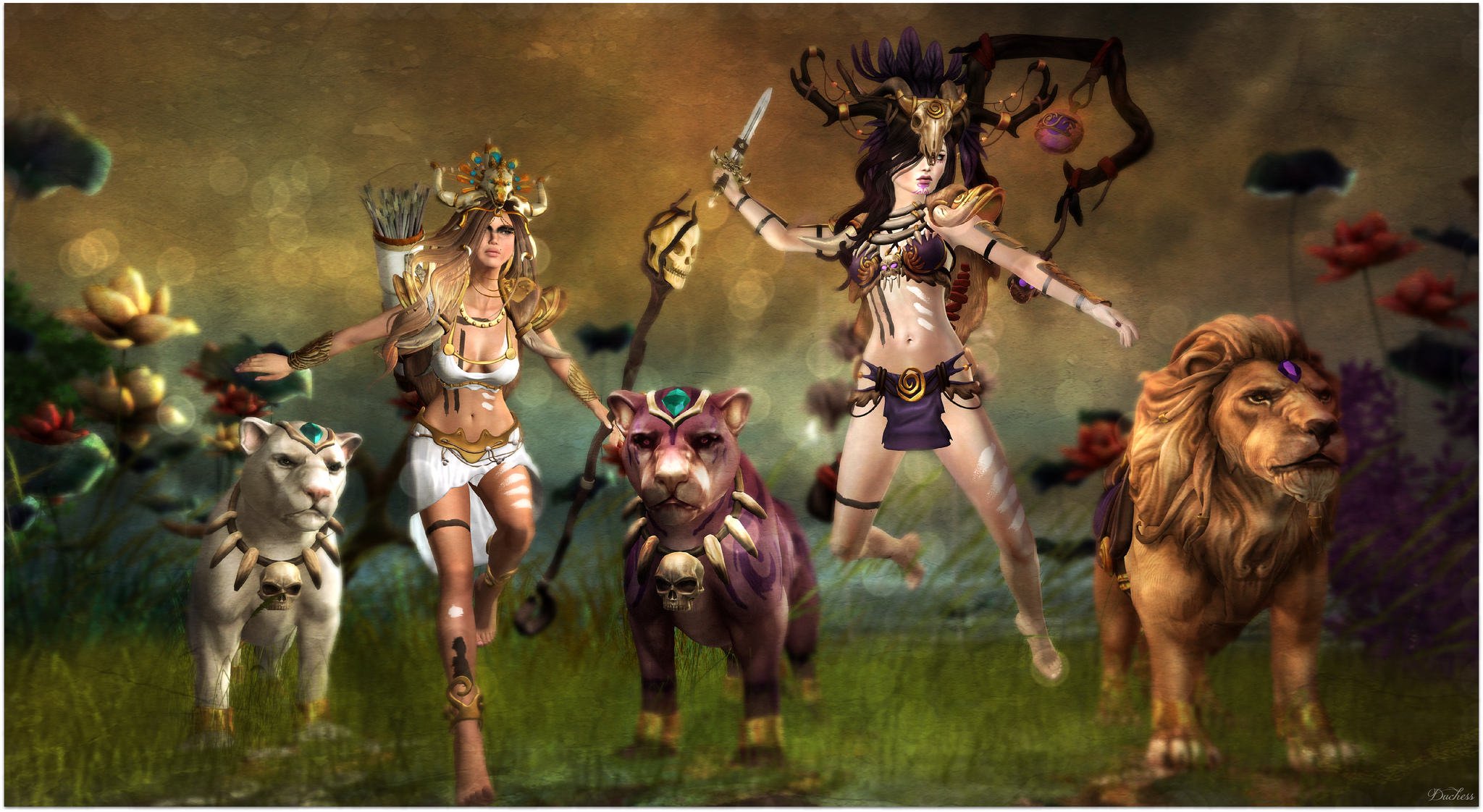 Dear Magician Order of Alegria’s Bay in Pegasoi,
We have received your message and are intrigued and mystified. Certainly an intense energy cloaked in darkness is indeed something we need to investigate. Several defenders of our great collective have been deployed from Ippos and will arrive in Pegasoi to investigate. They left in haste and should arrive sooner, rather than later.

PS. They are bringing cats.

And these awesome avengers come wearing some of the coolest fantasy attire on grid. I am wearing The Shaman by Alchemy which is at the Fantasy Gacha Carnival and Kynne is wearing Storybook’s Heaven Outfit from The Secret Affair. And how about these big cats! I am absolutely thrilled with our new feline companions!