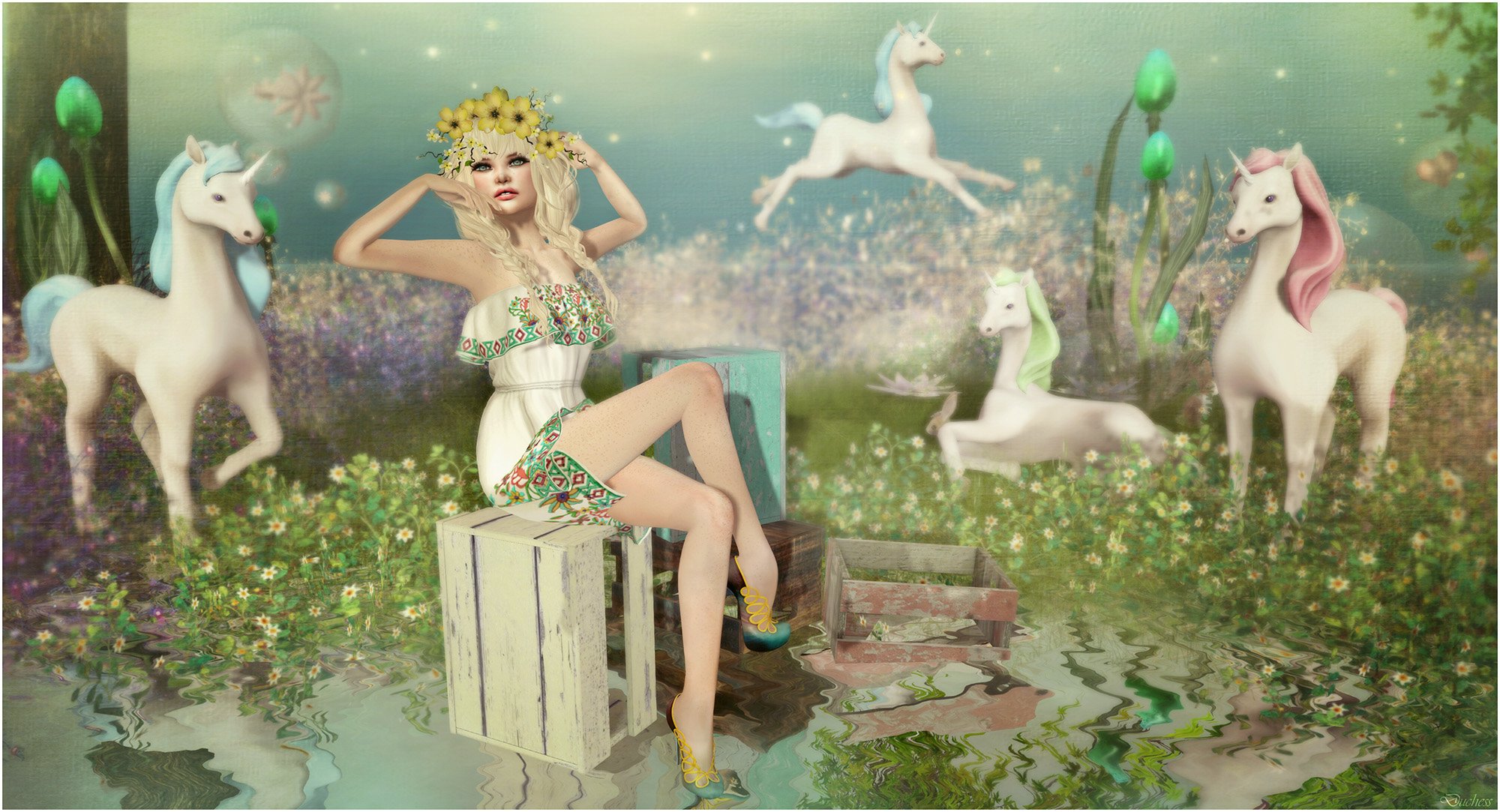 Soft tendrils of a silver mane, Brilliant blue eyes, glistening like rain.
A touch of the softest of white, A wondrous coat, shining so bright.
A spiraling horn, entwined with gold, A gentle being that shall never grow old.
She prances within a moonlit glade, Then among the tiny sprites she lay.

The purest of souls this being owns, Always understands, never condones.
A heart so gentle, a love so strong, She is one who will never go wrong.
A creature of hope, a heavenly sight, This beast, this pure being of light.
She is the one with the golden horn, She is the very last unicorn.
–Krista Knutson

SCENE:
Unicorns : Fawny – The Legend of Unicorns Gacha ~ Available at The Season Story {April 10 to April 31}