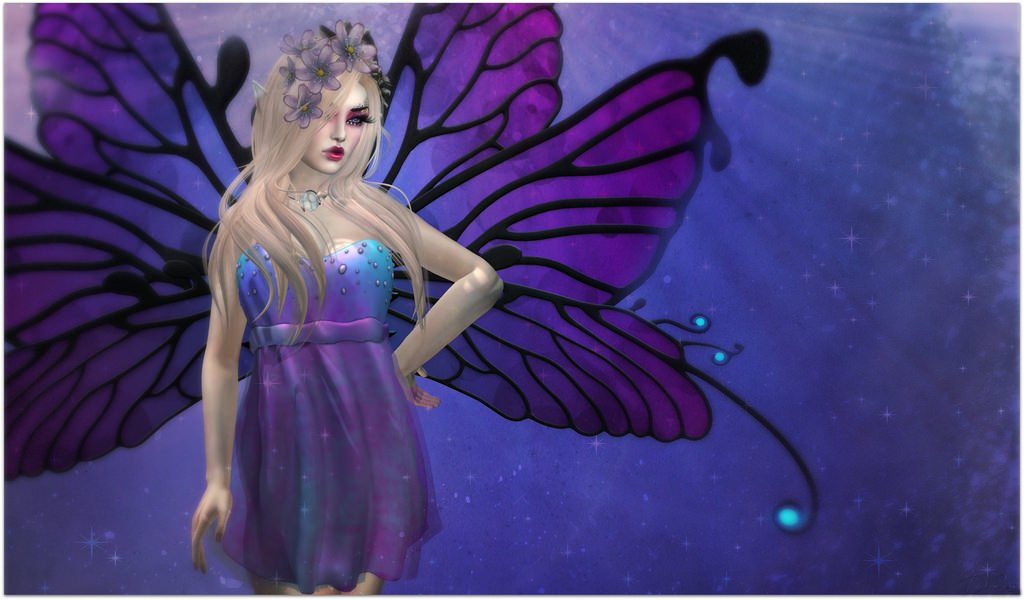 Last night I helped my friend Shortie with his vendor ads and he shot images of me in front of a green screen wearing these amazing wings for this round of We Love Roleplay (which opens today!) I took a quick shot, but really I was so far out of my element I didn’t go much further. After he explained how to change some of my editing settings, I messed around with the picture I took. I found using a green screen image rather hard. I guess if I were popping it onto a pre-made back ground it would have been much easier, but I don’t have any of those…. I did like the clarity of the image though. So here is my attempt… pretty in purple… Big thank you to Shortie for all the advice and technical hints.

ETA: No sooner had this image hit Flickr that I started getting comments and IMs about it. Some mentioned that green-screens are a “cop out” ….. I’m just going to go on record here… as I stated above, it was hard to do and I have a lot of respect for those that are able to do it with such finesse. Clearly it is not my forte.  Not only does it take technical skills… but it takes a whole lot of imagination and creativity. Besides if everyone did the same images… they sure would get boring! 😛