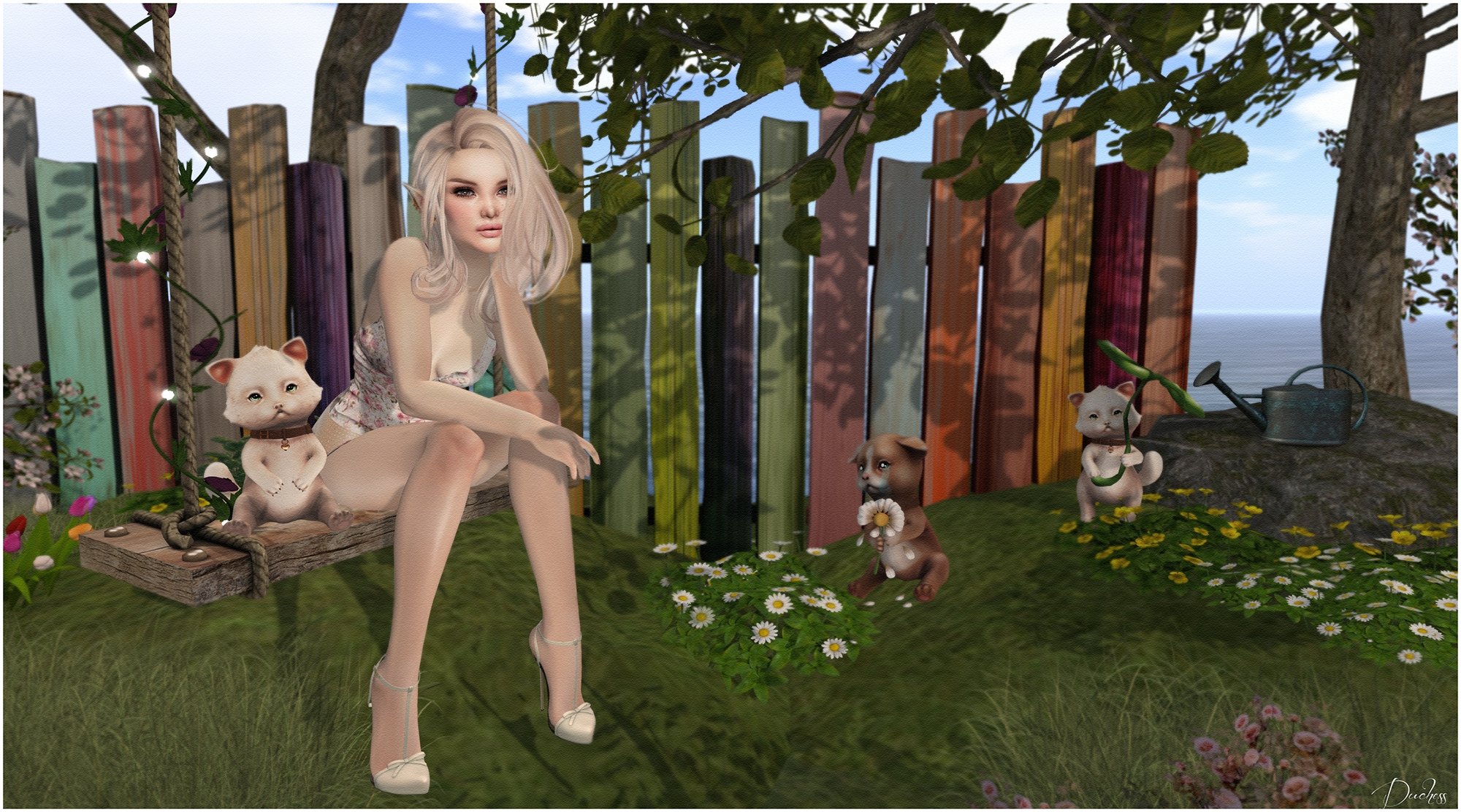 When puppies sit they sprawl
Kittens aren’t like that at all
When kittens sit their two front feet
Are placed together prim and neat
Their ears are straight and pointed up
Unlike those of a floppy pup
A kitten’s back forms a golden arch
The pose is formal with a touch of starch
A puppy though, I have to say
Doesn’t look at all that way
His rump spreads out across the floor
But it’s a pose that I adore.
~ Les Chester ~