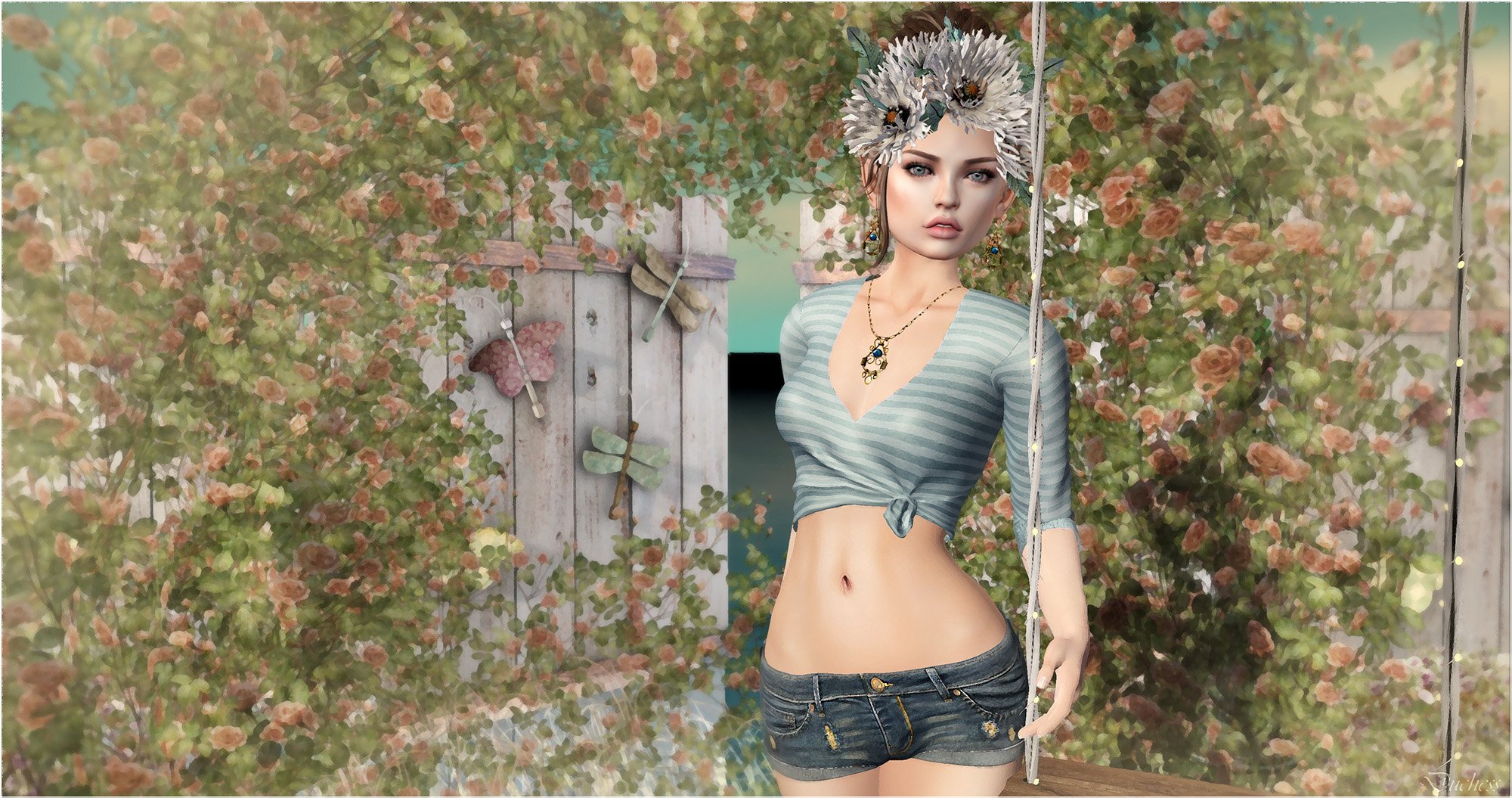 I decided to try for a romantic painterly look after looking at these beautiful flowers in the headdress from LODE. The beautiful flowers have a painterly feeling giving the impression that they are sweetly scented with thin brush strokes. The soft tones in Dead Dollz knotted top also helped create this vision. The knotted top has a casual elegance that lends an elegant hand to the outfit. Sexy in a beautiful way. DeeTaleZ has released a pack of teeth for CATWA heads that are realistic and super adorable along with two new skins. I am wearing Octavia. The striking eyebrows and delicate shading of this skin is just visually beautiful. It also fits perfectly on CATWA’s Dayna head, which I have been wearing a lot lately. I’ve also changed my eyes, which I rarely do… to ARISE’s beautiful Dor eyes from Enchantment. The eyes are so realistic and are piercing without beady little pupils… go get a pair. They are fab!
Duchess is feeling: romantic
✘❤✘❤✘❤