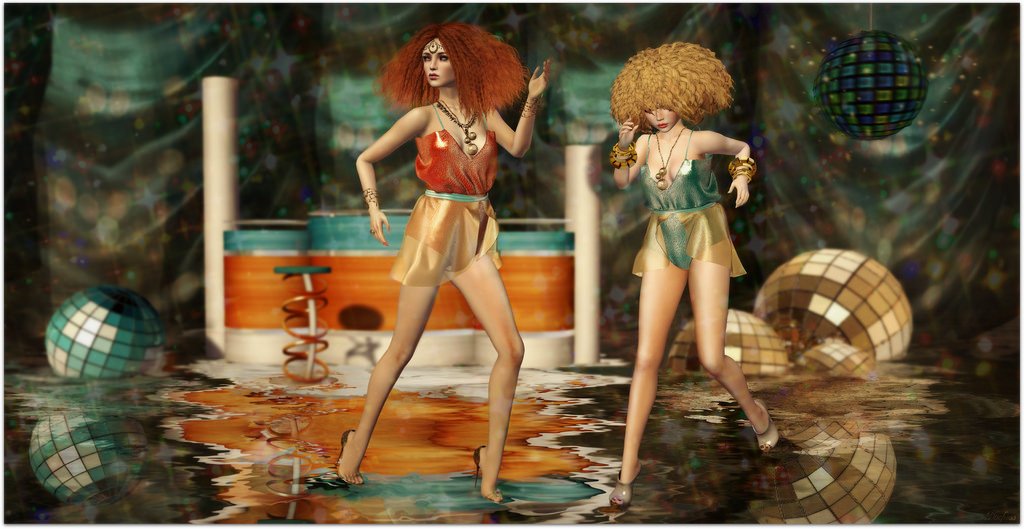 Although I am too young to have been bitten by the disco bug, I do imagine if I had been in that scene I would have ended up at Studio 54… hobnobbing with the famous. True to nature, I would have had amazing hair and dressed to the nines. I totally would have rocked this roper by Enfant Terrible. It is just adorable. The thinly veiled skirt that covers the hips reminds me of Olivia Newton John and I can picture it flapping on the dance floor. Siggi’s textures are amazing ~ the material she created for the romper is stunning. My disco inferno hair is by LeLutka. I do think she makes the best flexi hair for photos and I adore the poof!! Also at Kustom9 you will find Eudora 3D’s Maya jewelry set. The materials are flawless and ultra realistic. They made my inner goddess swoon!