Ah, Moon—and Star! You are very far— But were no one Farther than you— Do you think I’d stop For 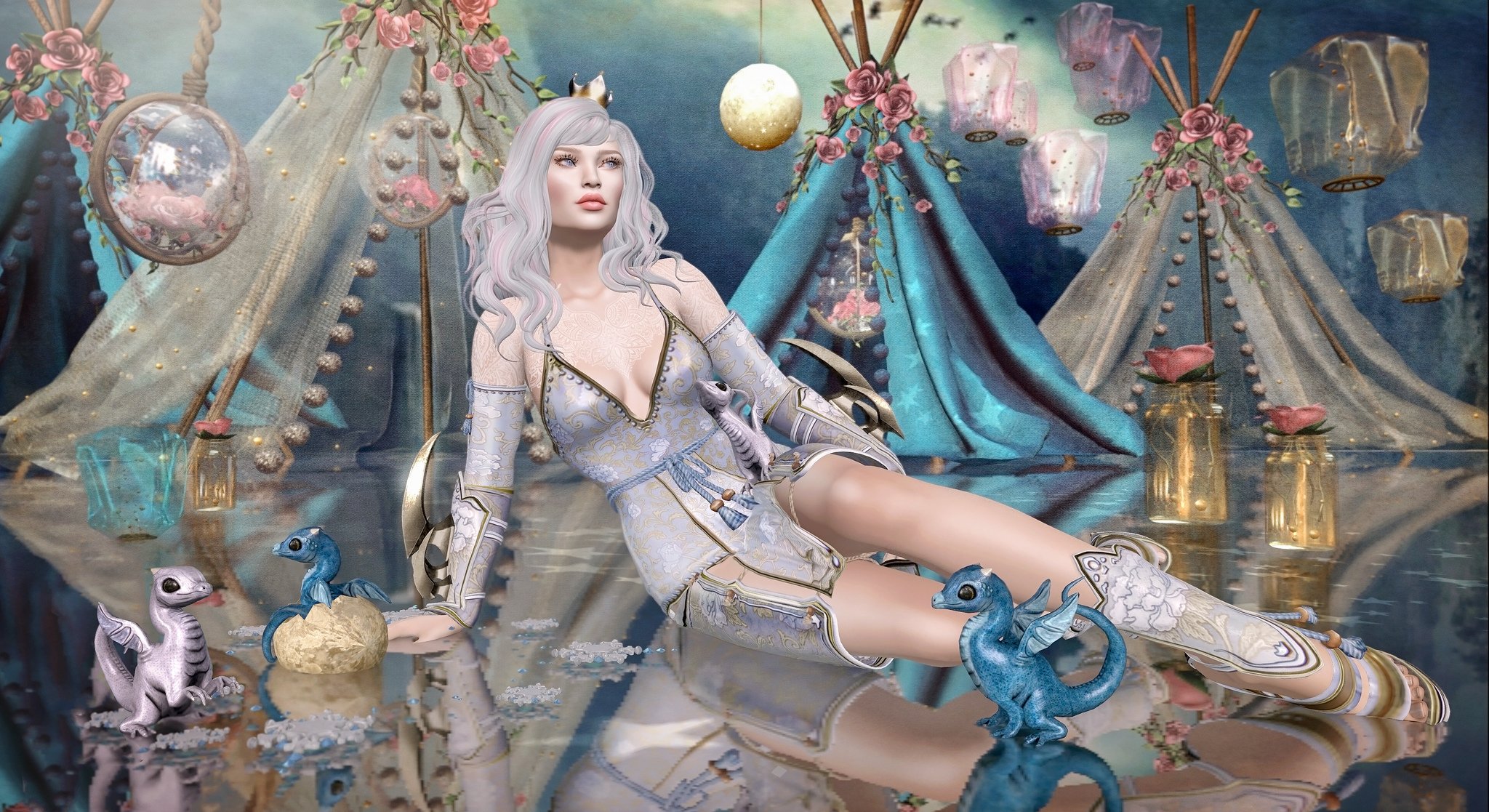 Ah, Moon—and Star!
You are very far—
But were no one
Farther than you—
Do you think I’d stop
For a Firmament—
Or a Cubit—or so?

I could borrow a Bonnet
Of the Lark—
And a Chamois’ Silver Boot—
And a stirrup of an Antelope—
And be with you—Tonight!

But, Moon, and Star,
Though you’re very far—
There is one—farther than you—
He—is more than a firmament—from Me—
So I can never go!
Dickenson

Absolutely love this beautiful outfit by deviousMind that is at the current round of The Epiphany! It looks gorgeous on a moving avatar and drop dead sexy! Atop my noggin is a crowned hair by Doe that is also at this round and I am in love with the tiny royal tiara! The floral adorned tents and fantasy lighting set by FoxWood is definitely a show stopper and OMG! Animesh Dragons! This round of Epiphany is Sweet! The star projector in the image projects stars downward and as they rotate they spash lovely stars in their wake. An awesome way to liven up any space! Looks amazing in dark Windlights but can also be seen in daylight. <3